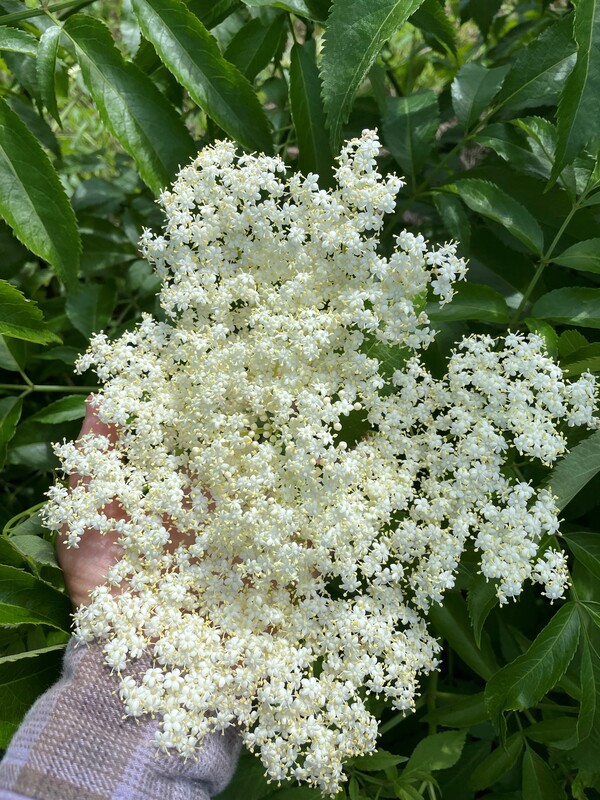 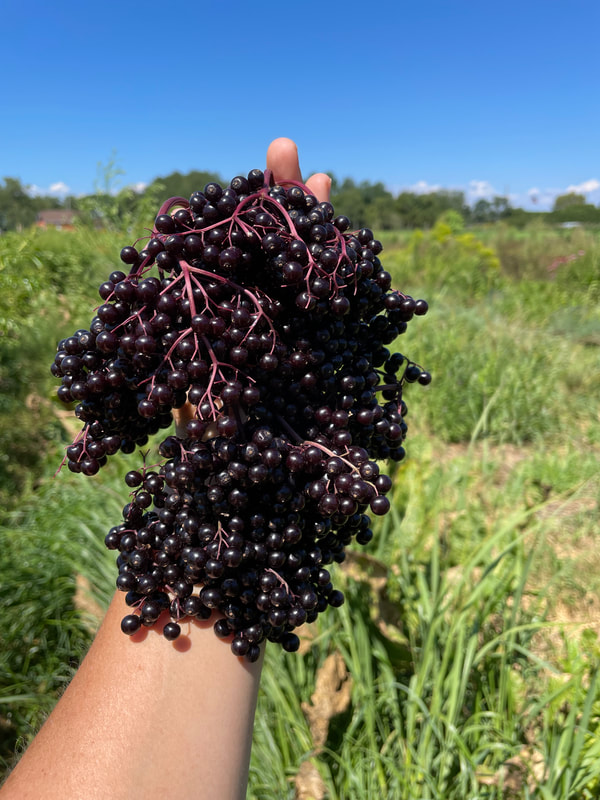 Folklore
In German and Scandinavian lore, the tree was inhabited by the Elder Mother (Hyldemöer)  or Lady Elder, whose permission must be sought before the tree was even touched, let alone cut. In order to make use of the magical power of the tree, the correct prayers and offerings would have to be made otherwise Hyldemöer would take her revenge.
It is said that a witch can turn herself into an elder tree and its wood is used for the making of magic wands.  In Ireland witches rode elder sticks, not broomsticks. Witches conjured rough weather by stirring a bucket of water with an elder twig.

Medicinal and Culinary Uses:
Elderberry is one of the most commonly used medicinal plants in the world. Traditionally, Native Americans used it to treat infections, while the ancient Egyptians used it to improve their complexions and heal burns. The berries and flowers are  the safest parts of the tree to use (the bark can be highly purgative and the leaves toxic in the wrong dosage). Modern research in recent years has corroborated Elder’s reputation as a flu remedy, revealing that a constituent in Elder berries surrounds the flu virus and stops it invading our cells, while boosting the immune-system. The berries are also a good source of Vitamin C. Elder has a great deal of human uses over history, mostly for food and drink. Elderflower cordial is made from the flowers which can also be dipped in batter and fried as ‘fritters’. The berries are used to make rich wine.

We grow our elderberry crops using earth friendly, sustainable practices without the use of chemical pesticides, herbicides or additives to the soils.
TO INQUIRE ABOUT ELDERBERRY PLANT AND CUTTING AVAILABILITY EMAIL
​ sweetwoodlandfarm@yahoo.com